Find a local professional who can repair it! 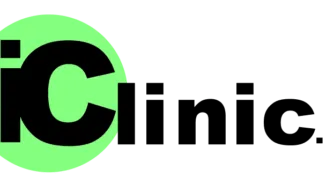 2002-
Computer repair shop opened in Ballinrobe.
2006-
We moved from our little shop to a bigger, more modern premises on the same street.
2010-
This was the year we started repairing smartphones.
2011-
Our second shop, under the name iClinic opened in Castlebar, Co. Mayo.
2014-
Our third shop opened on Main Street, Claremorris and our Castlebar business moved to a bigger premises on Castle street – opposite Cafollas.
2015-
Our fourth shop opened on James Street, Westport. The iClinic was one of the finalists in the Mayo Business Awards.
2016-
Our fifth and sixth shops opened on Bridge Street, Claremorris and Main Street, Castlerea.
2017-
Our first franchisee opened his iClinic in Ballina.

FIND ON THE MAP

RepairMystuff.ie is an all Island repair directory platform. We are committed to supporting small businesses that offer repair services in their local community.

For many, purchasing a new pc or new washing machine when an old one breaks is the norm, however, Repair and Reuse is often a cheaper and most certainly a more environmentally sustainable option. Find A Local Professional

Why Register Your Business?

We are committed to supporting small businesses that offer repair services in their local community. We want to act as a central hub on the web for all Repair related queries. Register Your Business

This website is an initiative of Monaghan County Council, other local authorities, the Local Authority Waste Prevention Network (LAPN), the Environmental Protection Agency (EPA) and the repair industry.